The SAHOF Discipline Committee will conduct Match Penalty Hearings for Youth divisions on scheduled dates only. Most disciplinary hearings will be conducted via Zoom, unless the Disciplinary Committee feels that an in-person hearing is required.

SAHOF RETURN TO THE RINK POLICIES AND PROCEDURES 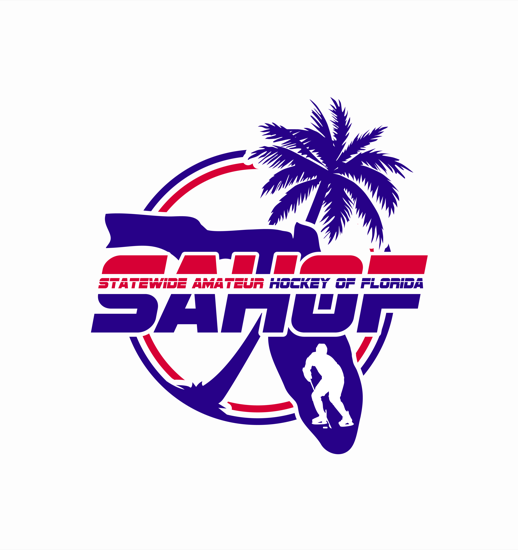 As we are all happy to be resuming a full season of hockey this year, for many of you it has regrettably not been a fantastic start for hockey around the Nation as well here in Florida. Many coaches, parents and players have voiced their frustration with the new rule changes mandated by USA Hockey this season. Even though these new rule changes were not supported by the voting membership from our Affiliate or any Affiliate in the Southeast District, we are all bound to the implementation of these rules as are all Affiliate Members of USA Hockey. The rationale behind the rule changes was predicated upon enhancing individual player development.  USA Hockey supported these changes and believes it is their responsibility to make changes to the playing rules as a leader of hockey and the National Governing Body of the sport.

As you may be aware, many officials have either not returned this season or left since the season started. In many cases SAHOF’s most talented officials and officials around the nation have decided not to officiate Youth games and have opted to officiate Junior, College, Adult or quit officiating hockey for a variety of reasons.

There are many contributing factors to this occurrence, however the number one factor according to all research is that officials have left due to the disrespectful treatment and abuse they receive from parents, coaches, and players both during and after games. There have been many troubling incidents this season and this unfortunately is driving officials away from the game. Most referees officiate because of the love of the game and the opportunity to give back or get involved. The constant harassment over calls that involve split-second decisions officials are making on the ice has taken its toll. Our officials are not necessarily happy with the new rule changes, much like the coaches, parents, and players, they are still adapting as well. This has not helped with their frustration with an already hostile officiating environment.

Unfortunately, this is not a new problem that developed this year. Bad behavior and abuse has increased over the past few years. The new rule changes implemented by USA Hockey have only exacerbated the situation due to parent and participant frustration. This ongoing abuse only decays our official participation as our official assigners have no choice but to assign officials to games that potentially exceed their qualifications. In other Affiliates around the country, Leagues and Tournaments are being forced cancel hundreds of games a weekend or play with one official. This is only creating a more dangerous situation in a game that we want to keep safe for all of our participants.

SAHOF and USA Hockey have a Zero Tolerance Policy for abuse of officials. If someone is found abusing officials, including a player, coach, or a parent, they will be subject to discipline including suspension and/or being banned from attending future games. In accordance with the SAHOF Abuse of Officials (Zero Tolerance) Policy, any coach or player receiving an abuse of official game misconduct penalty is subject to an additional game suspension as a result of any game misconduct penalty, for a total of two games. Furthermore, if a coach or player receives a second game misconduct penalty under the Playing Rule 601 during the course of the same season, the coach or player will receive an additional two game suspension, for a total of 3 games. In addition, parents and spectators are subject discipline as well. Holding discipline hearing​s​ for parents is the last thing we want to do.

USA Hockey has no minimum or maximum ages for officials. It is highly recommended that, regardless of level attained, officials do not work games of their own age classification or higher. Generally, officials can successfully officiate as young as age 10. We encourage all players above 10 to consider becoming a referee. It will give the player another perspective of the game and a better understanding of all the rules. Additionally, we’ve observed a wealth of knowledge from the parents in the stands. We would also encourage them to put on the skates and get involved in a positive way.

For information to become a USA Hockey official

Again, we ask you to practice patience and good judgement. The children are all watching us and following our example. We all need to make a better effort to respect the officials and keep them working so our kids can keep on playing!

Welcome to the 2022/23 Background screening. Please use the link below to start the process.

All coaches, volunteers and referees must be screened per USA Hockey and the State of Florida

Beginning this season (2021-22), USA Hockey passed the below new requirements for coaching education.

All coaches must have the required certification level by January 1 of the current season, unless earlier deadlines are established by the district and/or affiliate.  All coaches must complete the online age-specific modules PRIOR to participating with their team.

In summary, for grandfathered Level 4 and 5 coaches, you could be subjected to the continuing education as explained above. If you coached an approved roster at the Tier I or Tier II classification, for any age level, during the 2020-21 season your CEP expiration has been changed from 12/31/2099 to 12/31/2025.  If changed you are now on the continuing education path needing to earn five credits over the next three seasons. You can view your coaching profile at https://courses.usahockey.com/public/  to see this change.

This means that a coach will need to attend a coaching clinic in order to be eligible to coach this season. For example, if you were a Level 1 coach in 2019-20 and in the 2020-21 season you did not attend a virtual clinic but rather received a temporary card for your Level 2 in order to coach, it is no longer valid. You will have to attend a Level 2 clinic to be roster eligible. The same applies to a Level 2 coach; they must now get their Level 3 certification and Level 3 coaches must get their Level 4. Per SAHOF rules all Associations must register annually with SAHOF. You must register your Member Organization first before registering your teams.

Follow this Link to make online payments for balances due for teams for the 2022-23 SFHL Season.

Although the Link below says Register click on link to pay your team fees for the upcoming season.

This Link will allow you to view the new district boundaries in Google Maps.

You could win VIP tickets to the 2023 Premier League Mornings Live Fan Fest in Orlando!HOW TO ENTER