Team USA defeating Team Canada in the championship of 4 Nations Cup capped off a unique weekend (Nov 10-12, 2017) of girls hockey in the Tampa Bay area.  Florida Hospital Center Ice hosted a complete set of activities for girls teams from North Carolina, Nashville and the Wesley Chapel host.  Much more than a tournament, with the support of USA Hockey, the players and coaches from these teams experienced a combination of on-ice and off-ice skills development, educational sessions, and interaction with players from Team USA.

USA Hockey provided player development content including sessions on nutrition by Carrie Aprik, Team USA’s Sports Dietician.  All teams were provided a special on-ice practice designed by Emily West, Manager of ADM for Female Hockey to benefit coaches and players.  Additional classroom sessions on hockey opportunities for the female athletes and understanding player development were crafted by Girls Player Development Manager Kristen Wright.  Team USA forward Kendall Coyne lead a question and answer session giving the players the insight of what it takes to be an elite athlete. Lastly, an off-ice skills session designed by Team USA Associate Head Coach Brett Strot showed players how they can build stick handling and shooting strength on their own time off the ice.

By the way, there were some hockey games played at FHCI by the six teams participating.  Two of those teams – Team Carolina 14U and Tampa Bay Crunch 16U raised the championship banners signed by Team USA’s players.

More than just a tournament, 4 Affiliates Cup Weekend, supported by SAHOF and the other affiliates in the Southeastern District, will be remembered as a unique experience for girls from these programs.  Doing so in such close proximity to players, coaches and staff from Team USA was an added bonus! 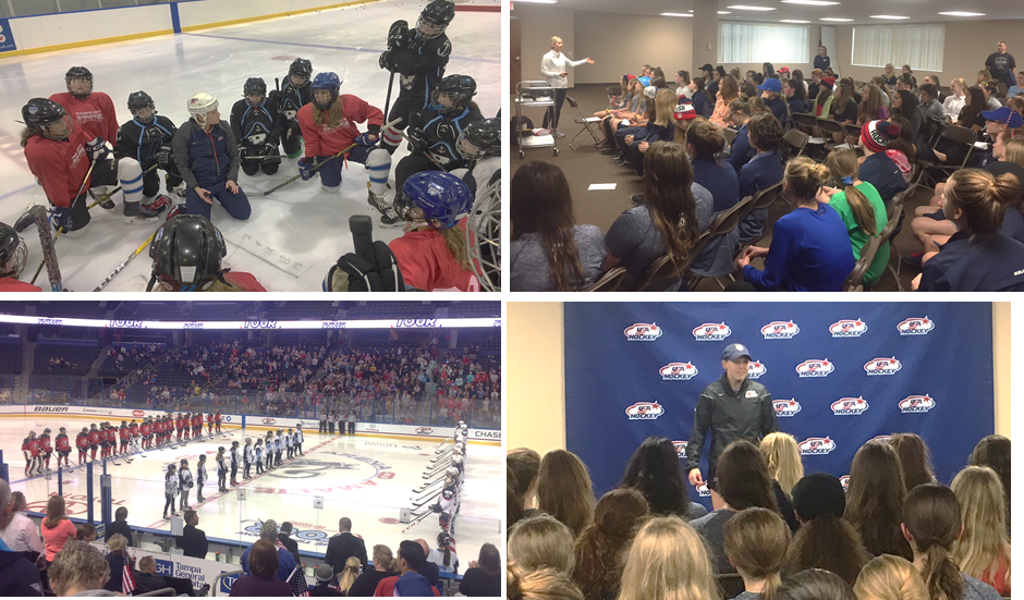 Are there any players from Florida in the NWHL? 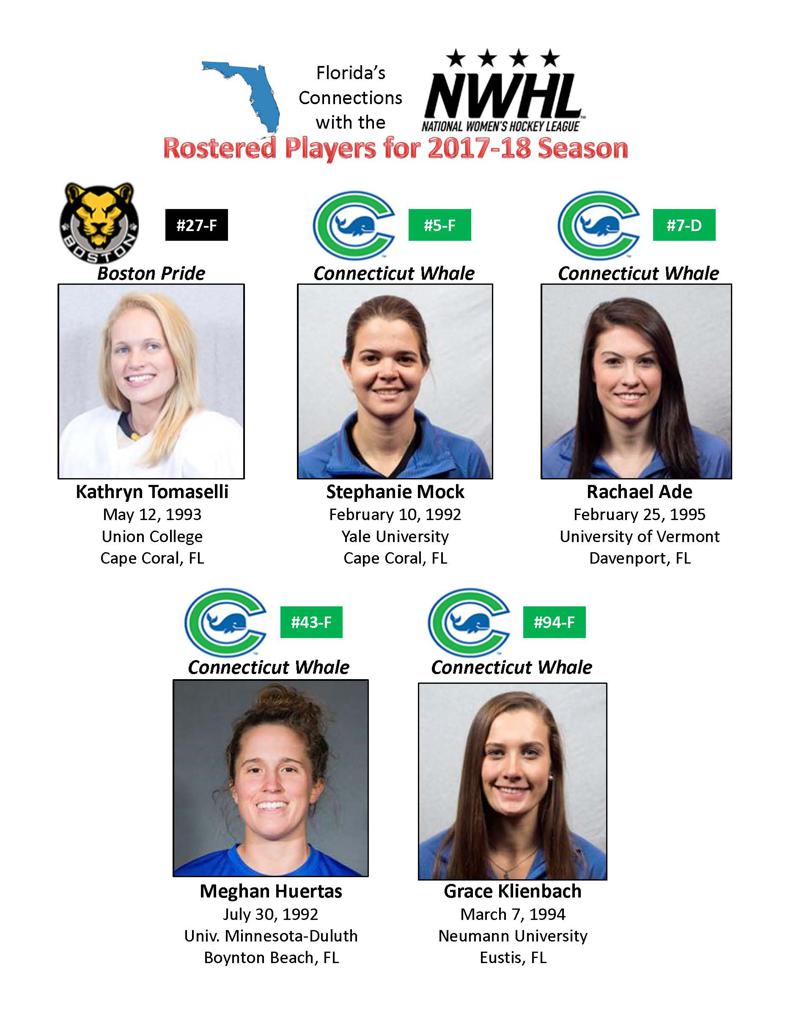